Zeeco offers several air-assisted flares using our advanced designs to promote complete, efficient combustion of heavier waste gases at sites where steam is not available or economical. Air-assisted flares use blowers to inject assist air directly into the waste gas stream as it exits the tip, resulting in smokeless burning and long flare tip life. 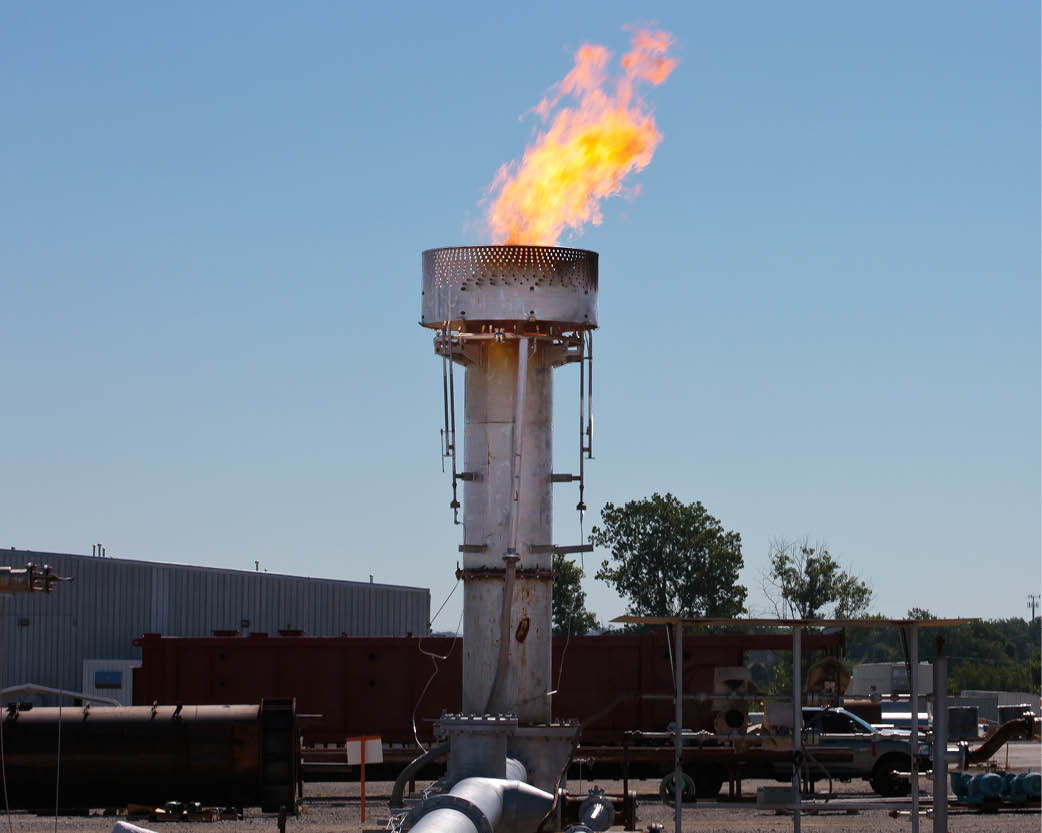 When smokeless flaring is desired and neither steam nor assist gas is available, blowers can be used to inject combustion air directly into the waste gas stream as it exits the flare tip. The ZEECO AF air assisted flare tip incorporates a proprietary design that splits the waste gas stream into several smaller streams at the top of the flare to increase the gas / air contact surface area and promote better mixing. This key design feature maximizes the waste gas / assist air mixing while minimizing the amount of forced air required and resultant blower horsepower. Forced air from the blowers and gas from the flare header are routed separately from the base of the flare stack to the top of the flare. At no point do the air and gas mix prior to leaving the flare tip, ensuring the safety of the system. In addition, with this design concept, any ZEECO AF air assisted flare can operate without the blowers being on and provide for safe disposal of the waste gases in the event of a power outage. The Series AF flare tip produces a superior quality flame, which stays erect during all atmospheric and flow conditions. Flame lick on the exterior of the flare and burnback inside the flare tip, are virtually eliminated by the forced air from the blowers, which create a strong upward velocity, making the impact from the wind minimal in shaping or moving the flame. The forced air also shortens the flame length and reduces radiation at grade by ensuring a very aerated mixture at the exit of the flare tip. 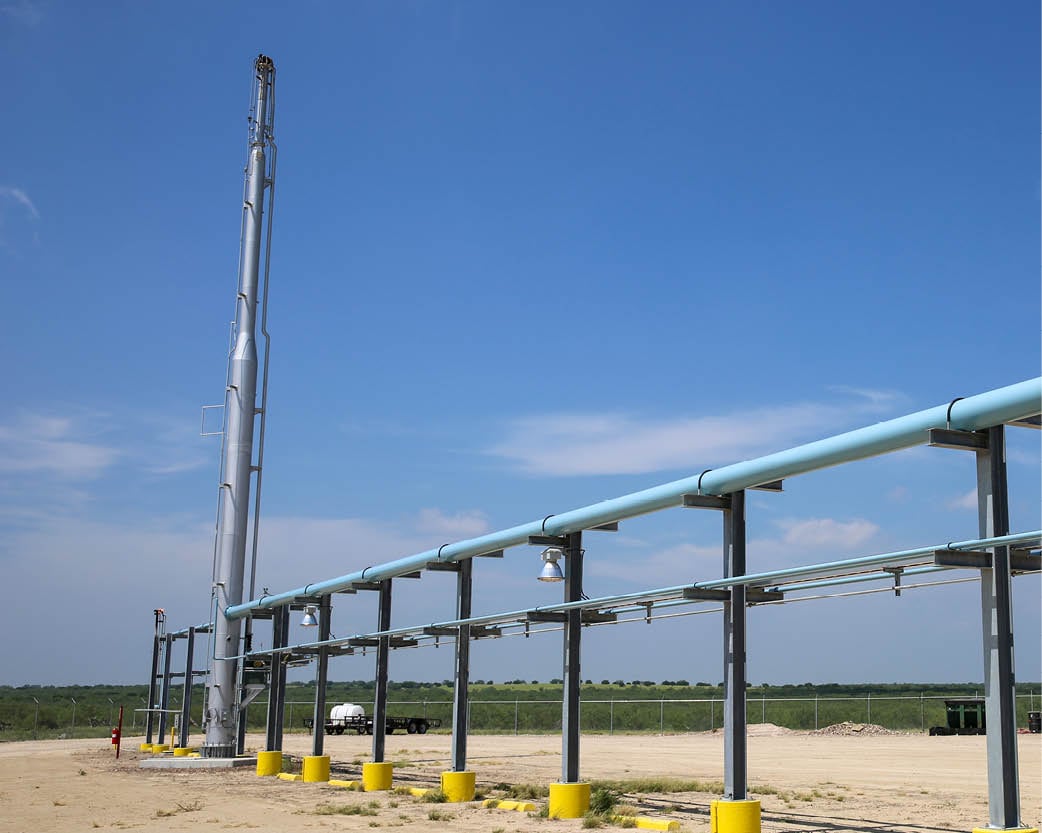 UFAA flare systems are used for applications where smokeless flaring is preferred for normal or low flow operation, and the gases being flared would produce smoke without some type of assist. This flare tip uses a small amount of air from a blower, located at grade, to produce smokeless burning and a clean flame for purge, normal, or low flow rate conditions. This system is typically used when the required smokeless flow rate is small compared to the possible maximum flow rate in the flare system. 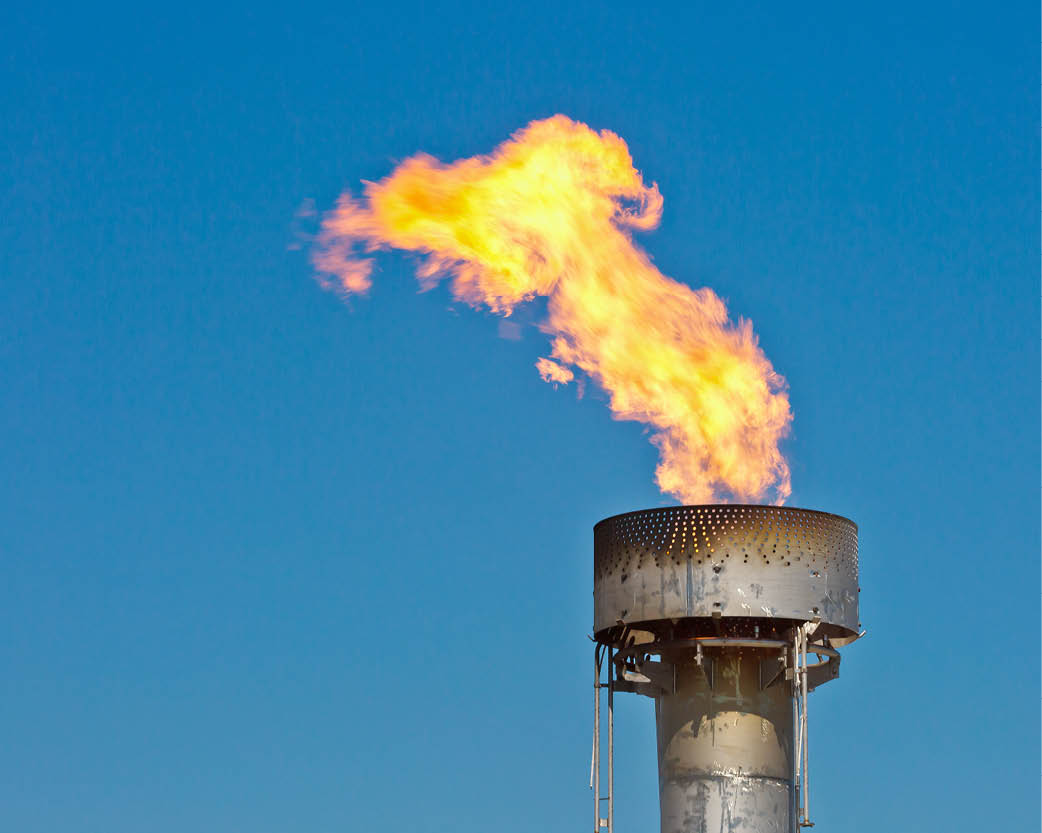 Zeeco’s QFS Steam Assisted flare tip provides control of smoke in a flare system at an affordable cost. The design of the QFS steam injection nozzle minimizes the noise associated with steam injection. The proprietary QFS steam nozzle is designed using a number of injection ports to successfully reduce the steam injection noise to well below that of conventional steam assisted flare tips. Injection of steam at the flare tip exit point provides more than smokeless performance. The steam also “shapes” the flare flame in high wind conditions, eliminating the downwind flame impingement seen on many non-assisted flare tips. The steam also assists in lowering the radiation level at grade, by lowering the emissivity of the flare flame, and by providing an upward vector to stand the flame up in a crosswind. 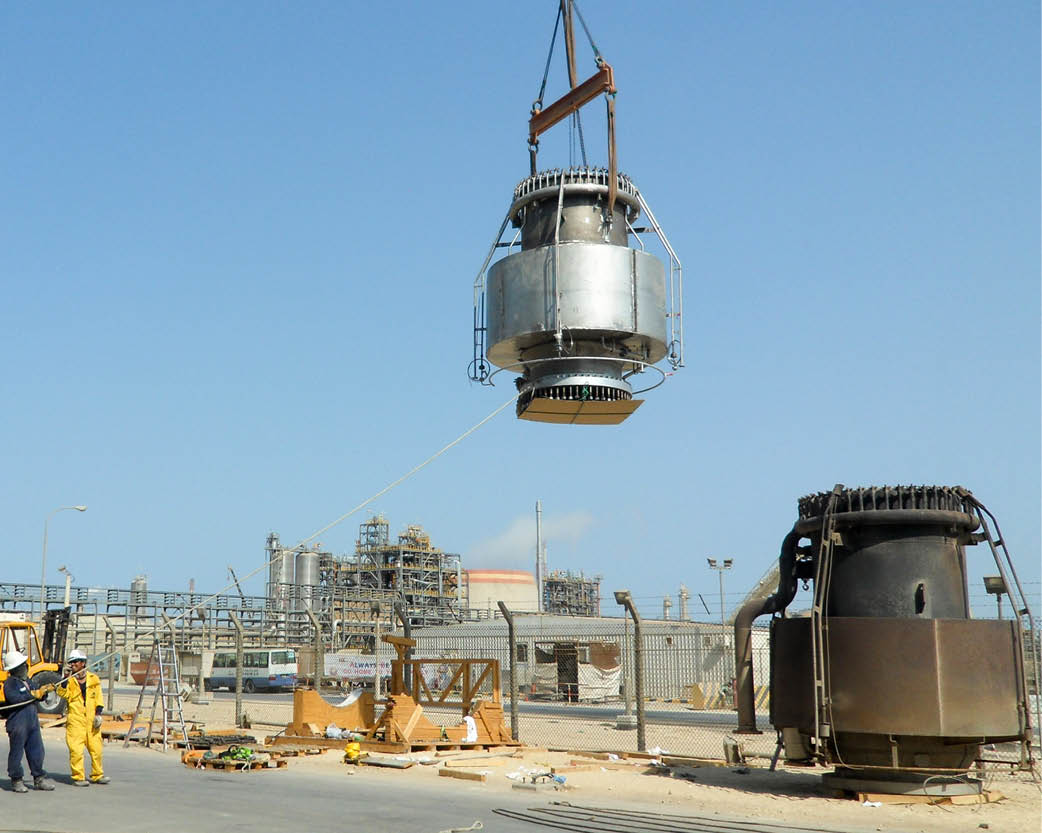 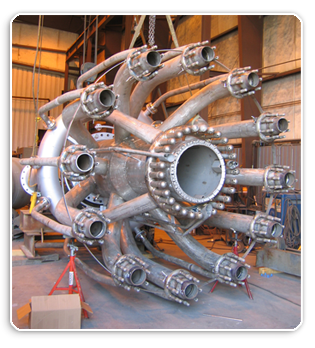 Zeeco’s Multi-Jet Steam Assisted flare tip assembly is used for smokeless burning of low pressure, heavy hydrocarbons. This Zeeco flare tip assembly is commonly used for applications associated with the flaring of low pressure or medium pressure gases from chemical plants and refineries. This type of flare tip is used for flaring gases such as acetylene, butadiene, butylene, xylene, and so forth.

Zeeco normally uses medium to low pressure steam as the assist medium to inspirate air, create turbulence, and produce smokeless burning in MJS systems.  The benefits to this approach include: 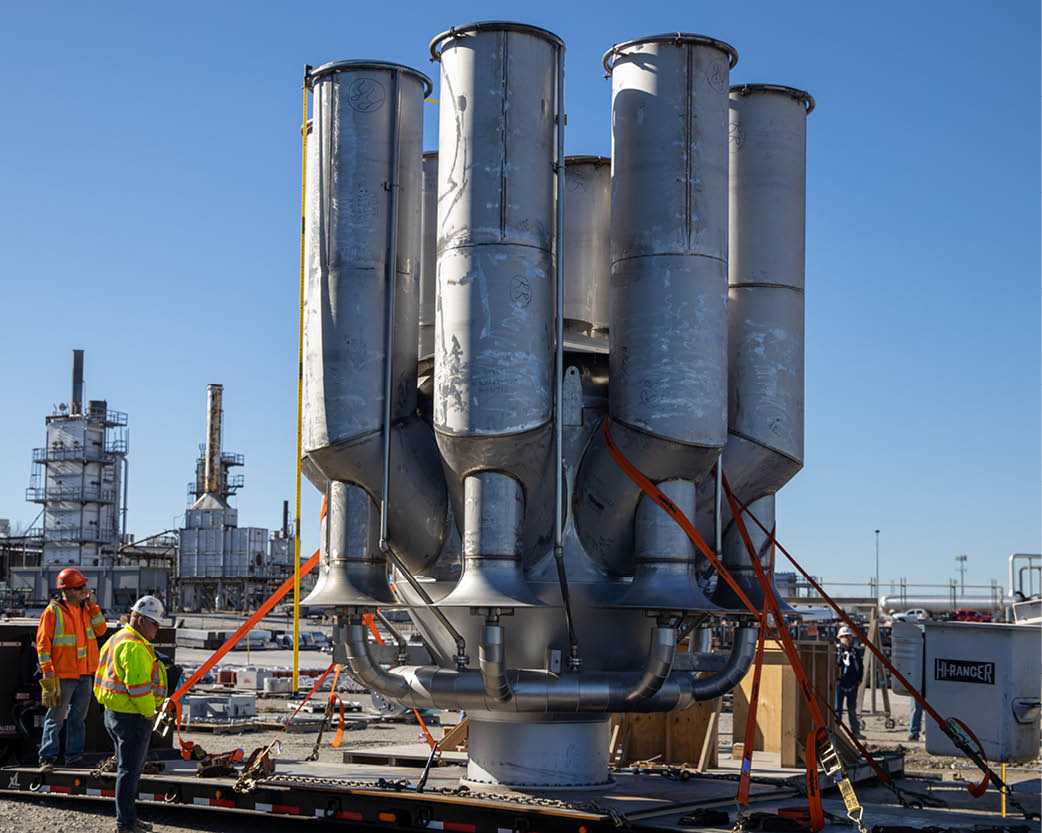 Less steam saves money and reduces emissions generated from the production of steam.

The SteamForce HC maximizes the amount of air entrained by a given amount of steam. With more air flow, less purge steam is required to protect the equipment during low flow scenarios.

SteamForce HC improves flaring efficiency and reduces steam consumption while meeting EPA Code of Federal Regulations, Chapter 1, Subchapter C, Part 63, Subpart CC requirements – and can do so at lower steam and purge rates than any other competitive offering.

Zeeco’s SteamForce HC makes a dramatic difference for companies who want a lower cost of ownership, lower emissions, and a flexible design in a flare tip that will operate smokelessly with less steam at lower flow and purge rates than competitor offerings.

Zeeco’s Multi-Jet Gas Assisted flare tip assembly is used for smokeless burning of low pressure, heavy hydrocarbons. This Zeeco flare tip assembly is commonly used for applications associated with the flaring of low pressure or medium pressure gases from separators for offshore and onshore production facilities. These facilities commonly have no steam available to use for smokeless burning of heavier hydrocarbon gases, necessitating the use of air assist or high pressure gas assist.

Zeeco normally uses high-pressure natural gas as the assist medium to inspirate air, create turbulence, and produce smokeless burning in MJGA systems. The benefits to this approach include: 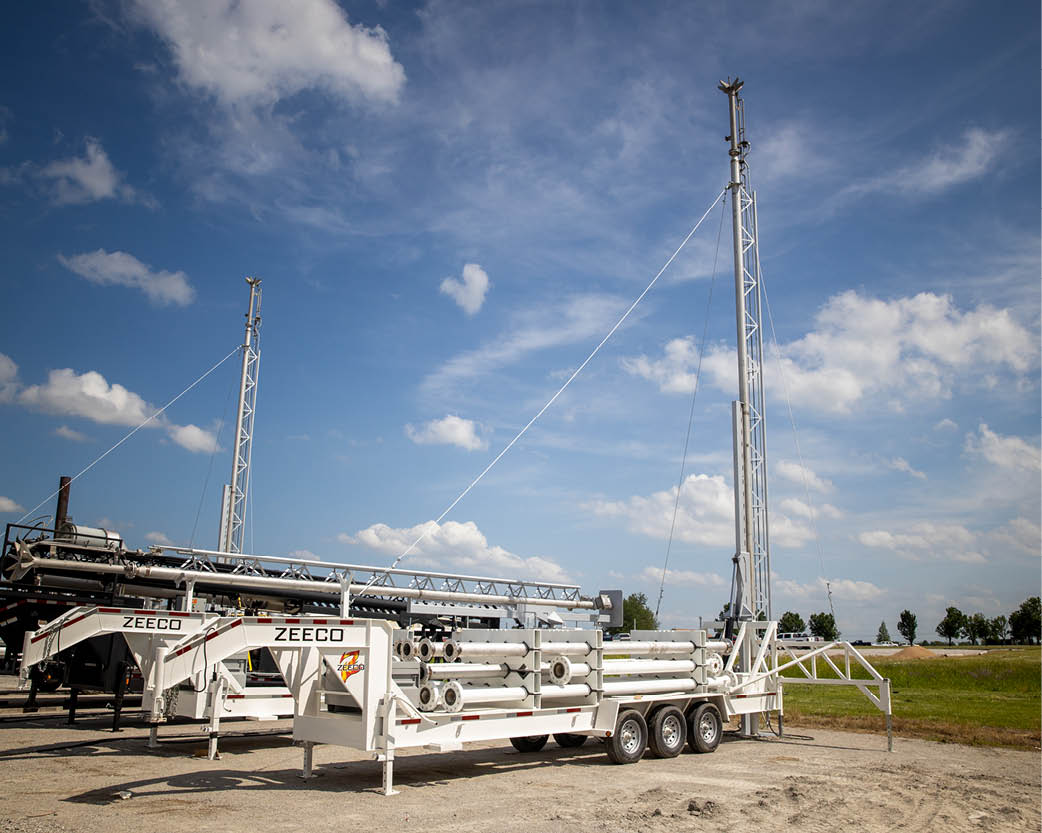 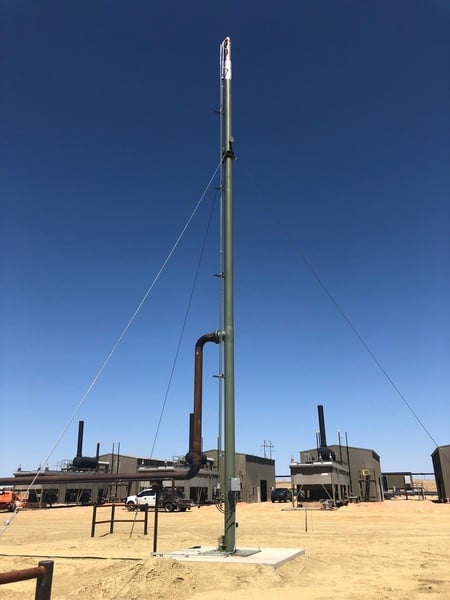 Single-Point Sonic flare systems are used primarily for applications in the oil and gas production industry, both onshore and offshore. They are also used in refining, chemical, and any other flaring situation where the flare system pressure is high enough to generate sonic velocity at the flare tip exit point. 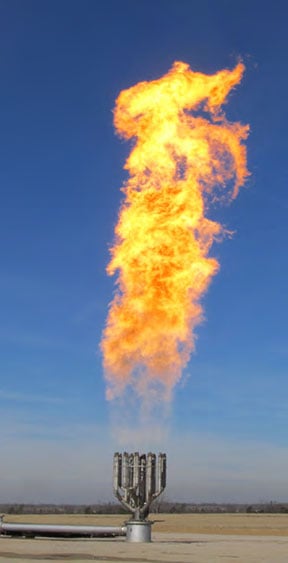 MJ (Multi-Jet) Sonic flare systems are used primarily for applications in the oil and gas production industry, both onshore and offshore. They are used where high flare gas pressures are available (15 psig and up) and the customer prefers to have some smokeless burning capability and also lower radiation levels. Zeeco can design Multi-Jet flare tip assemblies with either a fixed exit area or with a variable exit area. Variable exit area tips use a special high-reliability spring force system to reduce the exit flow area at lower flare header pressure levels. 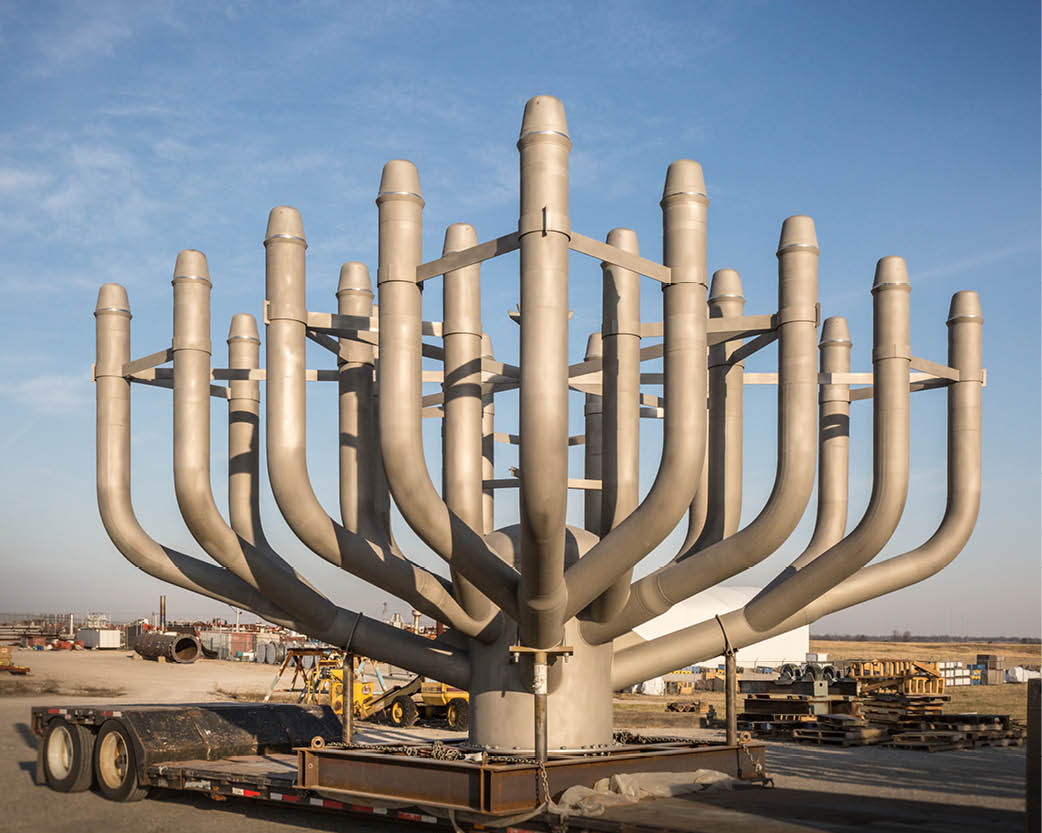 The ZEECO® Variable Jet (VariJet) flare tips are high pressure tips that use the energy of a high pressure gas stream to improve smokeless performance. To enhance the tip's ability to capitalize on high exit velocities and superior mixing that result from high gas to air surface area ratios, each arm of the VariJet tip incorporates a self actuated variable exit area assembly that opens as necessary relative to internal pressure to ensure operation at high exit velocities over a wide range of flow rates. By operating at a high exit velocity, the flare does not require any additional assist media such as steam or air to operate smokelessly, even at low flow rates. This type of flare tip gives the normal benefits of a high pressure sonic flare, such as well defined and erect flame patterns and low fractions of heat radiated over a much wider range of flows; which leads to lower radiation levels on platforms and at ground level.

The operation of the VariJet is controlled by the incoming flare gas pressure that causes the exit area to vary, thereby providing a constant backpressure and high exit velocity across the full operating range. Through the utilization of varying exit area, purge gas requirements for the VariJet are the lowest of any flare type. Additionally, using this technology allows the VariJet to be mounted and function well when firing at an angle or even horizontally.

Some processing applications must dispose of off-specification, excess, or production liquids. Liquid Flares are a safe and effective method for disposing of this waste.

Liquid Flare systems operate to dispose of wastes from the following applications:

Zeeco designs liquid flares for both smokeless and non-smokeless waste fluid combustion. Smokeless flares require specialty systems designed to use either an outside source or utility to achieve smokeless burning (such as steam, air, gases, or water). The smokeless system may also utilize high pressure in the incoming fluid stream to atomize the wastes and promote smokeless combustion. Zeeco’s staff members have extensive experience in design, fabrication, and operation of Liquid Flare systems. Put our experience to work for you! 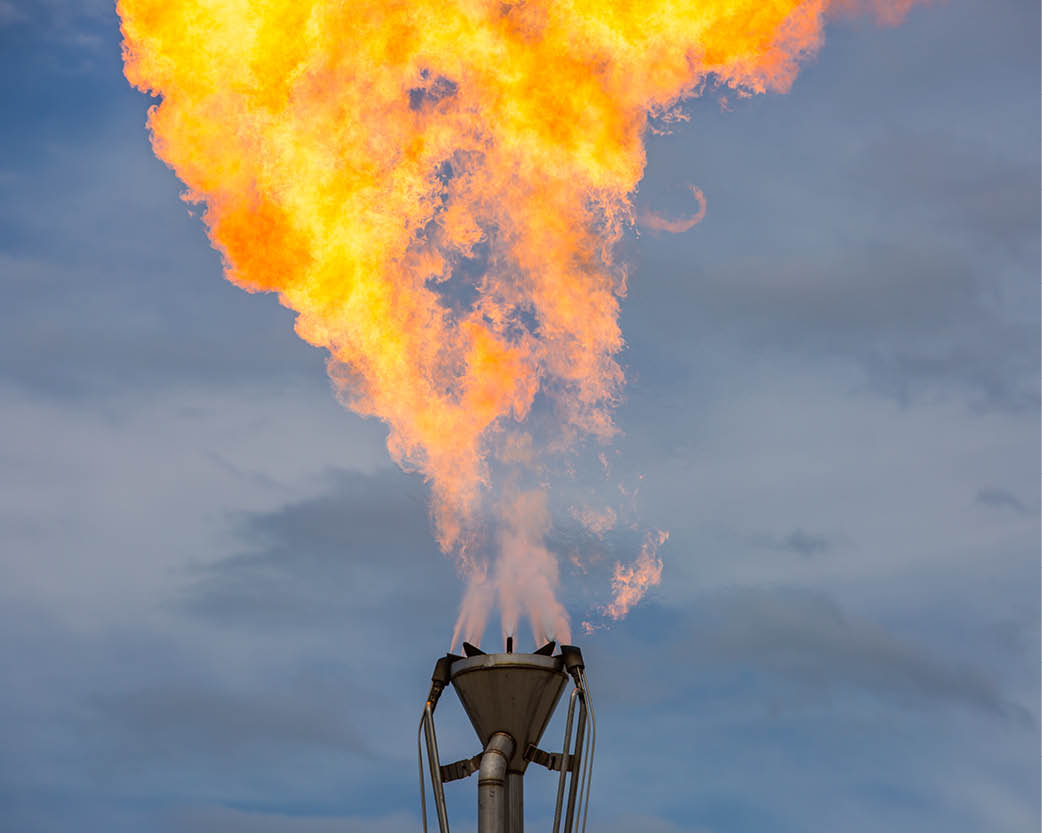 Zeeco can provide combustion and emissions control solutions wherever hydrocarbon processing takes place. Customers can find our equipment and services in upstream, midstream, and downstream oil and energy processes.

We also offer products and support for other industries and applications such as tank/terminal loading and storage, pharmaceutical, carbon black, pulp & paper, steel, food processing, and more.