In August 2017, one of the costliest and most destructive hurricanes in American history, Hurricane Harvey, wreaked havoc on the Gulf Coast of the United States. The following timeline demonstrates how Zeeco’s Aftermarket applications, engineering, purchasing, drafting, design, manufacturing, and quality teams surpassed customer expectations in a record-breaking, expedited delivery project under immense deadline pressure.

In a state of emergency, the facility went offline until power could be restored and vital equipment could be repaired or replaced. A flare tip of comparable size and complexity usually takes over 20 weeks to complete, and hundreds of jobs and millions of dollars in production were at stake while the facility was offline. Representatives from the facility considered many vendors in the area for this project, including the original equipment manufacturer, but only Zeeco had a proven history delivering equipment of this size and complexity in record time. At the time, Zeeco’s fastest delivery on record, for a project of this magnitude, was eight weeks’ time. However, this was a uniquely dire situation and the facility determined the replacement flare tip was critical path to get their facility back in operation. Consequently, they could not afford to keep the flare offline for eight weeks. On September 8, 2017, Zeeco’s Aftermarket team committed to draft, design, manufacture, and deliver a direct replacement flare tip to the customer’s facility located on the Gulf Coast of Texas by 10/12/2017 – within five weeks. One week later, the Aftermarket team unexpectedly received a flooded combustion control unit from the same facility that also needed to be replaced. 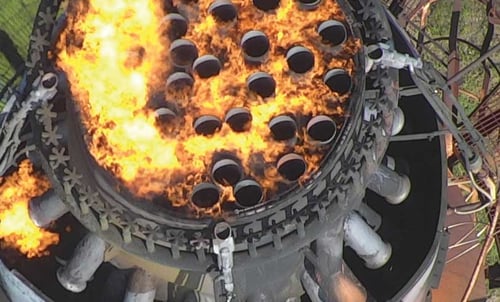 9/8/2017
Given the extreme circumstances, the customer contacts Zeeco to request an even faster delivery. Zeeco’s Aftermarket teams take all necessary steps, including implementing a night shift to expedite production, and commit to deliver the flare tip by 10/12/17 (within five weeks). Zeeco receives purchase order from the customer.

9/13/2017
All flare tip drawings are finalized and a formal shop release is issued.

9/20/2017
In-house product instrumentation and controls engineers at Zeeco conduct a full evaluation of the damaged panel and update drawings to match. Final drawings completed and submitted to customer.

9/21/2017
Flare tip construction completed, and final assembly of components begins. Zeeco instrumentation and controls engineers discuss possible functional modifications to the control panel. Flare tip is ahead of schedule, which is now driving the controls delivery date because the flare tip and control panel must ship together. Control panel drawings are released to shop, and fabrication begins, along with procurement of all remaining materials.

10/4/2017
Twenty-nine days ahead of the original date of delivery and eight days ahead of the requested expedited delivery date, the flare tip, control panel, and all associated items are loaded onto a truck and shipped to our customer. 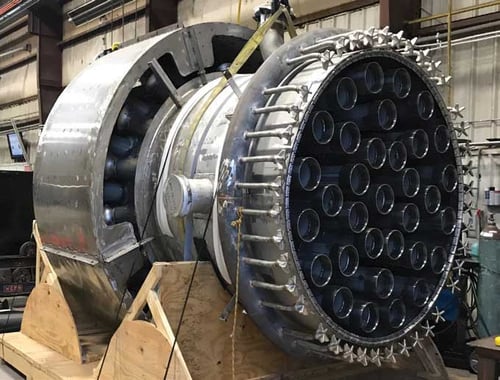